Explore the life of James Martin on our interactive timeline from his birth in 1972 in North Yorkshire, to his latest awards, tours, restaurants and shows.
1972
Load more
Today

James Martin’s famous passion for food and ingredients is seen in his best-selling cook books, restaurants and recipes and on screen each week in the highly popular and award-winning James Martin’s Saturday Morning.

After catering college James worked in London under the guidance of chefs including Antony Worrall Thompson and Marco Pierre White. He also travelled around France working in chateaux kitchens and gaining experience in Michelin star establishments. On returning to England, he took up the position of junior pastry chef at the acclaimed, five Red Star, Chewton Glen. Just a few weeks short of his 22nd birthday, James opened the Hotel and Bistro du Vin in Winchester as head chef.

James’ TV career began in 1996 with The Big Breakfast and Ready, Steady, Cook. Over the next ten years he went on to film shows including Entertaining with James and Housecall. In 2006, he became the presenter of the BBC One show Saturday Kitchen. He presented the show up until March 2016, making it a Saturday morning staple which regularly attracted viewers in excess of 3.5 million.

Recently James has been on screen for ITV touring the UK for Islands to Highlands, James Martin’s Great British Adventure, America for James Martin’s American Adventure and France in Keith Floyd’s car for James Martin’s French Adventure. James Martin’s Saturday Morning is shown every Saturday at 9.30am on ITV and STV and in 2021 the show won the TV Choice Award for Best Food Show! James can also be found creating delicious plates of food on ITV’s This Morning.

In 2013 James Martin Manchester opened, housed within the Manchester235 casino at the Great Northern Warehouse. Providing modern British cuisine in industrial chic surroundings it was listed in The Sunday Times Top 100 UK Restaurants for 2015/16.

In 2017 The Kitchen Cookery School and restaurant opened at the acclaimed Chewton Glen. Offering a range of inspiring classes and stunning seasonal menus it’s the place to eat, meet, create and cook.

An award-wining chef on and off screen, James was honoured with The Craft Guild of Chefs Special Award in 2013. James has also been named TV Personality of the Year twice at the Fortnum and Mason Food & Drink Awards in 2015 and then again in 2021! Most recently James Martin’s Saturday Morning scooped the award for Best Food Show at the TV Choice Awards and This Morning won Best Daytime Show at the NTAs.

James endorses a range of kitchen appliances with Wahl, cookware, knives, bakeware and kitchen utensils with Stellar, the HeaT collection for Chesney’s and has large collection of stylish and modern tableware with Denby Pottery. He also has his own online shop, connecting foodies all over the country with wonderful and unique suppliers.

Outside of the kitchen James is a massive dog lover and owns two dogs, Ralph and Cooper.He has a passion for cars, bikes, racing and planes. He raced in the Mille Miglia in 2007 and again in 2015 as part of the Jaguar team. A music lover, his band, The James Martin Band, have played CarFest a number of times as well as Paul Ainsworth’s Travelling Feast. 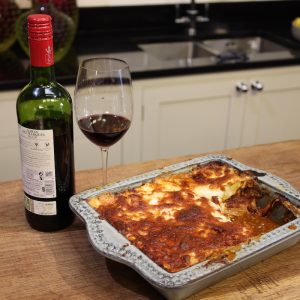 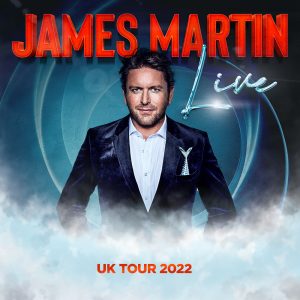 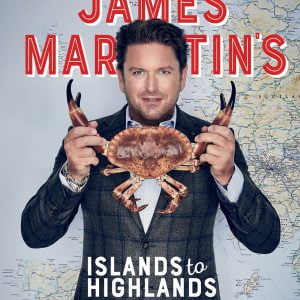 Get inspired
Islands to Highlands